Kamchatka is a peninsula in the north-eastern part of Eurasia, the easternmost border of Russia. Kamchatka krai is a part of the Far-Eastern Federal District. The capital of the subject is Petropavlovsk-Kamchatsky.

The map outline of the peninsula bears resemblance to a giant fish whose tail is attached to the mainland. In the West Kamchatka is washed by the Sea of Okhotsk, in the East – by the Bering Sea and the Pacific Ocean.

The main treasures of the peninsula are vast areas of wilderness. Lands which have not been impacted by human activity are included within the boundaries of specially protected natural areas. In general, Kamchatka has more than 200 conservation areas of different levels and status, their total territory is 11.5 % of the total area of Kamchatka krai. The federal network of Kamchatka’s specially protected natural areas consists of three state reserves – Kronotsky, Koryaksky, Komandorsky, and one refuge – the South Kamchatka federal sanctuary named after T.I. Shpilenok.

Abundant flora and fauna, variety of landscapes, a great number of unique natural sites turn Kamchatka into a tourist Mecca. Here ecological and educational tourism is successfully developed which is based on observation of natural processes and wild animals in their natural habitats. Those who are interested in ethnotourism, mountain skiing, snowmobiling, mountaineering, mountainbiking will always find adventures to their liking here. Complicated category routes and comparatively easy routes of weekend tours run along the hills and volcanoes, sportsmen, tourists and anglers sail down Kamchatka rivers. Diving, horse-riding and even surfing are developed here.

Big rivers of Kamchatka take their rise in mountain ridges therefore their water is crystal clear, like in lakes. There are two large clearest lakes on the peninsula which were created by nature as a result of volcanic activity thousands of years ago – Kronotskoye Lake on the territory of the similarly-named reserve and Kuril Lake in South Kamchatka federal sanctuary named after T.I. Shpilenok.

Salmon run to their spawning grounds up the water arteries of the peninsula from July to September, there are six species of them in Kamchatka. “Bubbling” with salmon rivers attract not only tourists, but bears as well. People from all over the world – tourists, photographers, filmmakers of motion-picture companies, volunteers, celebrities and top public officials of states – long for seeing a famous bear fishing party. The best conditions for observing bears in wild nature have been created in South Kamchatka federal sanctuary, on the coast of Kuril Lake, the largest spawning ground of sockeye salmon in Eurasia.

Kamchatka coastal waters are the most valuable economic and ecological-educational resource. A quarter of fish stock of Russia is reproduced in the area of western Kamchatka’s shelf. Whales, porpoises, sea lions, sea otters, insular seals and other sea mammals dwell in the waters of eastern Kamchatka. Specialized routes go along the water zones of Kronotsky reserve and South Kamchatka sanctuary where one can get acquainted with sea fauna of Kamchatka, learn much about the fauna conservation projects.

Wild nature is a trademark of Kamchatka and its main potential. We have a chance to preserve this amazing and fragile world if everyone who has visited Kamchatka makes a fair share of contribution to its preservation. 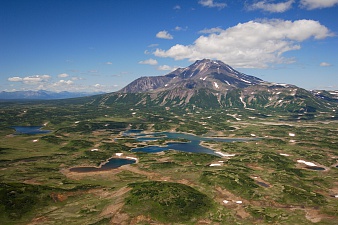 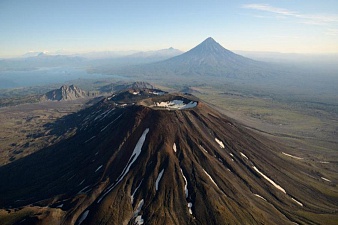 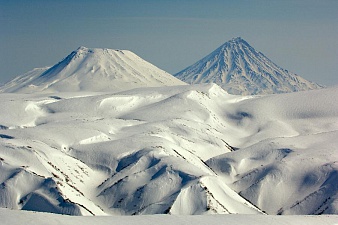